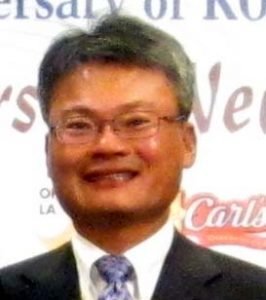 The Korean American Customs & Trade Study Forum (KACTS) was found on August 29th of 2013 by a handful of Korean American customhouse brokers and trade related professionals. KACTS has grown into one of the most active & informative association in Korean American Trade Community in short time.  It has been the commitment of KACTS to foster communication between the Korean American trade community and the CBP, FDA and other U.S. federal agencies as well as Korea Customs Service in order to promote businesses between U.S. and Korea.

KACTS played integral part of KORUS FTA (Korea & U.S. Free Trade) 2nd anniversary commemoration in March of 2014 and currently working with U.S. Department of Commerce, District Export Council of Southern California, Korea General Counsel Office of Los Angeles, KOTRA and other trade associations to celebrate the 3rd KORUS FTA anniversary.  The KORUS FTA is the second-largest U.S. FTA (next to NAFTA).  In goods trade in 2013, South Korea was the sixth-largest trading partner of the United States, and the United States was South Korea’s second-largest trading partner.  Reports from various sources indicated that KORUS FTA is significantly benefitting both nation’s economy as expected.

I am so honored to serve as president of KACTS, representing elite & wonderful group of trade professionals.  We all worked so hard to achieve wonderful results in 2014, but bigger challenges are waiting for us in 2015.  Let’s gather our efforts and energy to serve the Korean American trade community!

KACTS will share the customs and international trade, international taxation, and the hands-on experience with the latest information about the business sector between Korea and US. KACTS will contribute to the development and trade promotion between the two countries and encourage the growth of the Korean American custom and trade professionals